Theosophy Online of B.P.W.
[now a collection of 146 articles]

Mr. B. P. Wadia was born on 8 October 1881, the eldest son of Mr Pestonji Cursetji and Mrs. Mithibai Wadia. He had three sisters and one brother. Mr.Cursetji Wadia was a descendent of the famous Wadia family of shipbuilders. The Wadias came from Siganpore, a small village near Surat. Some of  the sailing ships built by the Wadias are referred to even today. The Trincomalee, later renamed Foudroyant, is still preserved at Portsmouth Harbour as ”the ony surviving frigate of the old sailing navy.”

As a young student Shri Wadia studied at New High School, Bombay, conducted by J.D. Bharda and K.B. Murzban. In 1900 (on 1 January, to be exact) his father had him join his office, when be was working for a well-known British firm doing textile business. Mr. Wadia's uncle, Mr. Khursetji J.B. Wadia, was then a member of the Theosophical Society in Bombay. In 1904, Mr. B.P. Wadia joined the Bombay Branch of the Theosophical Society. He became an active member of the Branch and later in 1907 he left Bombay and went to Adyar, Madras, to stay and work there.

At Adyar Mr. Wadia was involved in a number of activities. He was assistent editor of New India. He worked in the Home Rule movernent and was interned at Ooty along with Mrs. Annie Besant and Mr. George Arundale. He started the first labour union known in Indian labour history. In 1919 be went abroad to attend a conference on the trade union movement.

He had seen for some time now a difference between his own ”back to Blavatsky” thinking and what was in actuality taking place at Adyar and he :finally severed his connection through a Statement of Resignation issued in July 1922.

From 1922 to1928 Mr. Wadia toured the United States, came into contact with the United Lodge of Theosophists, founded by Mr Robert Crosbie, and worked for it. He was concerned in the starting of  U.L.T. Centres at New York, Philadelphia, and Washington, D.C. In 1925 plans were made to issue a photographic facsimile of the original edition of The Secret Doctrine. In that year plans were also made to start a U.L.T. Centre in London, U.K.

In 1922 he married Smt. Sophia Wadia, and later in 1929 he visited Europe and together with her started several U.L.T centres. They returned to India on 31 May 1929 and after staying for a period of time both in Bombay and at Ooty, started the first U.L.T. centre in India at Bombay on the 17th of November, 1929. It was then situated at 51 Esplanade Road, later renamed Mahatma Gandhi Road.

So much ”original” writing is done today, so much ”self-expression” is indulged in that, in the glamour that is raised, the chants of the Gods remain unheard. One of our tasks is to bring home the truth that it is not derogatory to respect the old age facts of the science of the soul. The study of the wise ancients convinces us that our forefathers knew better and more than we do. ...It is one of the tasks of this journal to awaken an intelligent appreciation of the hoary past so that an intelligent adaptation of some of the old truths to modern life and conditions may take place.

Shravaka is an old Theosophist who has learnt the virtue and acquired the power of saying – ”Thus Have I Heard.”

On 17 November 1930, a year after the formation of the first U.L.T. Centre at Bombay, a four-page Bulletin was issued under the title The Theosophical Movement. In it all articles were unsigned to draw attention to the contents rather than to persons. The original articles of  H.P. Blavatsky and W.Q. Judge were made available by reprinting.

In 1945 the William Quan Judge Cosmopolitan Home was started on a noncommunal basis, to provide wholesome food and inculcate discipline directed at encouraging habits of cleanliness, tidiness, punctuality and responsibility; and this practical expression of Universal Brotherhood was the nucleus of the Institute.

The Institute is a non-sectarian, non-govermental, private voluntary body with its chief aim to promote intercultural exchange and universal brotherhood without distinctions of any kind. It began to invite eminent persons from abroad and in India and has had persons of great eminence on its platform. Today it is a prominent landmark in Bangalore and the road on which it is situated has been re-named, after the Founder's demise, Shri B. P. Wadia Road.

In 1954, the foundation stone for the present home of the Bombay U.L.T., Theosophy Hall was laid and in the same year in November the Silver Jubilee of that centre was celebrated. In 1957 Theosophy Hall was opened for its first inaugural meeting on the 17th.of November to an overflowing audience. The Theosophical Movement had meanwhile enlarged by stages to a 40-page monthly magazine. It has been devoted to ”the Living of the Higher Life.”

On 20 August 1958 Shri B. P. Wadia passed away at Bangalore, a few days after his stirring Address entitled Our Soul's Need had been delivered at the Indian Institute of World Culture, which subsequently published it.

”Thus closed a life of selfless service. His vast insight, his courage and the breadth of his mind made him a builder of those things in life that are foundational to true living. He was an example to all of what life should be. His compassionate heart, his utter devotion to the work he had undertaken, his self-sacrifice in time, energy and money, made his life a monument of strength to those who knew him personally, and the work that he did has inspired and will continue to inspire countless human beings all over the world in their struggle through life.” (Theodore Leslie Crombie, Friend of India by E. Beswick)

A larger biography on B P Wadia is written by Dallas TenBroeck:
A Life of Service to Mankind 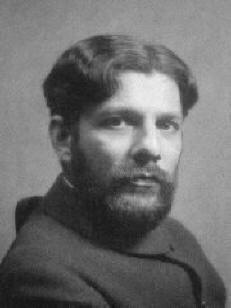 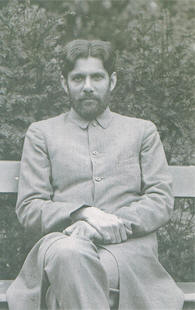 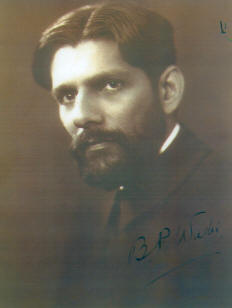 B.P.Wadia ONLINE books and articles
(first a few links in Swedish & then many more below in English  )

The Search for the Master The Theosophical Movement, december 1958

Will the Soul of Europe Return? offered to the first World Congress of the Theosophical Society, 1921

Statement of Resignation from the Theosohical Society 1922

B.P. Wadia and the TS history (Notes written down by Dallas TenBroeck)

The Building of the Home ( 8 articles of the philosophical background of the Grihastha Ashrama is presented...)
This is a link to the website: Theosophy Library Online.

The Zoroastrian Philosophy and The Way of Life  4 articles on Zoroastrianism, Theosophy Magazine 1926

Some Observations on the Study of the Secret Doctrine by Helena Blavatsky 1921.


Shri B.P.Wadia Chronology ( a short sketch from Indian Institute of World Culture)
B.P.Wadia – A Life of Service to Mankind (a long sketch from Dallas TenBroeck)

Cultural Units     (From World Congress of the Theosophical  Society held in 1921.)

Of Measuring Rods (From The Indian Institute of World Culture)